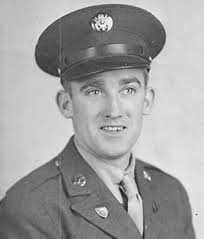 To look at his physical stature, he was not a large man but anyone that knew him, co-workers, friends, family, fellow soldiers saw him in a far different light. They throw around the term “old school” and that definitely fit Wil. His word or handshake was worth more than any signed legal document.

Like many of our combat veterans, Wil was not quick to speak of his service to this country during the 2nd World War. Over the years we got only bits and pieces of a traumatic time in his life. For the most part, he wished to let it lie. He was part of the 88th Army’s 350th Blue Devils Battle Mountain unit. Landing in Africa they worked their way through Italy seeing some of the fiercest fighting of the war. Below is a clip which describes a portion of that event.

“Perhaps the most spectacular fighting of that raw, rainy autumn took place on three craggy mountain peaks in late September and early October. On 27 September, elements of the 350th Infantry Regiment linked up with Italian partisans and occupied Mt. Battaglia without opposition. However, over the next six days, the “Green Devils” of the German 1st Parachute Division attacked fiercely and without surcease in an effort to seize this key terrain. Their efforts were in vain; however, as the 350th committed everything it had, including headquarters clerks, and threw back every assault to retain the critical mountain top. Casualties were grave—50% of the regiment, with all but one company commander killed or wounded—and acts of extraordinary valor had been almost common. For its part in the brutal fighting on Mt. Battaglia, the 2nd Battalion, 350th Infantry was later awarded the Distinguished Unit Citation, and for his gallantry and intrepidity—at the cost of his life – Captain Robert Roeder, CO of Company G, was awarded the Medal of Honor.”

During this confrontation a German bullet passed through Wil’s jacket collar, killing the soldier behind him. Two thirds of the men in his company were killed before reinforcements finally took out German machine guns.

With the great sacrifice of men like Wil, we became and have remained a free nation. I find a prayer by Pvt. Morgan J. Quinn, himself a member of the 88th Recon Troop who was killed in action, to be quite fitting. “Please God, silence the scheming and the stupid in our Government and let the Honest and Strong lead us to right, Otherwise we fight in vain. If we cannot correct ourselves, how can we lead others from their chaos?”

Thank you Wil, it was an honor to know you!